The data entry portion of the CritiCall test is very intense because there is a lot of information you must enter from a 911 caller’s speech into a computer in a set amount of time. Any mistake can cost lives so you really have to be quick and accurate.

This data entry test was designed for practice. You can monitor your keystrokes per hour as you type. When you finish entering the information on the left side of the screen into the form, click on ‘Next Record’. To emulate the actual CritiCall exam, see how many records you can complete in 5 minutes. When you want to finish your practice, click on ‘End Test’ to stop the timer and see your final keystrokes per hour. 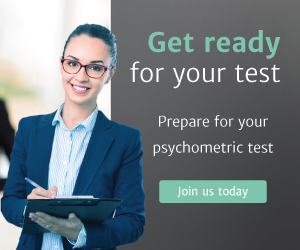 Start the data-entry test by pressing the 'start' button below the form. A prompt will be displayed with the information to be entered into the form.

If 'show errors' is checked the incorrect (and incomplete) fields will be highlighted. You may fix errors as you go, or correct them at the end to improve your accuracy score.

When the form is complete you an select another record or to end the test. We recommend that you see how many forms you can complete in 5-10 mintues as the best test preparation.

Since I put up the CritiCall Practice Test I’ve gotten some emails asking for more information about the test. I decided to include some of the frequently asked questions here.

What is the “multi-tasking” part of the test like?

During the test (about once a minute) you will be asked to dispatch the appropriate agency to an emergency. When I took the test we did this on an earlier section without the data entry, so you will have seen the type of scenarios involved before you get to this part of the test. You will have to stop typing and click a button with the mouse to indicate who you would send… so it interrupts the test just slightly. That is one of the reasons I designed my practice test to force you to click on the next record button instead of being able to hit enter to move on. The scenarios themselves seemed pretty easy and follow the instructions the test gives you, along the lines of “if you see smoke, send the fire department.”

Do you know what a passing score is for the CritiCall test?

No. I know that in Lane County, where I took the test it takes 5200kph to pass. I’m not sure what the accuracy requirement is. Other agencies may have different passing scores. I saw one mentioned online at 3600kph. Unfortunately, it was on the other side of the country, so I couldn’t just jump in there and get a job with my current test results.

If you want to know what the passing score for your agency is, ask. I’m sure most would be willing to share that information with you. You may also want to ask about a “ride along” when you talk to them. Many agencies are willing to let you sit in on part of a shift to get a better idea of what life as a 911 emergency dispatcher is really like.

Be sure to call the non-emergency number to make your inquiries.

An overview of the 911 Call Taker Job
(from a news program near Chicago):

I was wondering how realistic your practice test is? Did you take this test and then pattern your simulator after it?

Yes. I took the test, and got about half the score I would have expected from my usual typing speed. All the way home I was grumbling over the little “gotcha” items on the test, like VIN numbers and ALL CAPS being hard to read, let alone type. By the time I got home I decided that I needed something better than my typing tutor program to practice with and so created this test will all the little problems that I felt slowed me down on the real test.

In many locations you can arrange to take your own “ride-along” with a 911 operator.

Will the data from the CritiCall test be in written form (like your sample) or will we be required to type it orally?

They have more than one section of the test for data entry. The first one (which I did not pass) was written and is quite a bit like the practice test I designed. The other one (which I did not get to take because they have you leave as soon as you fail a section) is similar but the information is given to you with audio – possibly testing your hearing and spelling abilities at the same time as you do the data entry. The kph requirement for the audio part of the test was lower by almost half at our location… this could vary from one place to the next, so if you want to know the details, please contact your local agency on their non-emergency line to see if they are willing to share what’s needed to pass.

Is there a keypad on the keyboard for the test?

I’ve heard they use laptops in some locations – which may mean no keypads. In the location I took the test there were standard keyboards with functioning keypads. The problem came in with the information (like VIN numbers) that was alpha-numeric and would force you to switch back to the keyboard in the middle of a “word” to get the letters too – if you were trying to use the keypad.

Are there any other tips you can offer?

Get a good night’s sleep the night before, show up early, and try to relax. Other than the typing speed needed, the test did not seem that hard. Most of it is about following the directions they give you, so you want to be alert and pay attention to the directions. If you can do that you should do fine on the test itself.

You can’t study before hand, because the instructions they give you may or may not be the same as what a 911 operator in that agency would be expected to do. If you spend a lot of time trying to learn the rules for your agency before taking this test and they end up being different, then it would only cause confusion and could lead to wrong answers on the test.

You may find some of these websites helpful as you consider a career as a 911 dispatcher or call-taker: 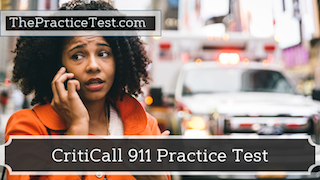